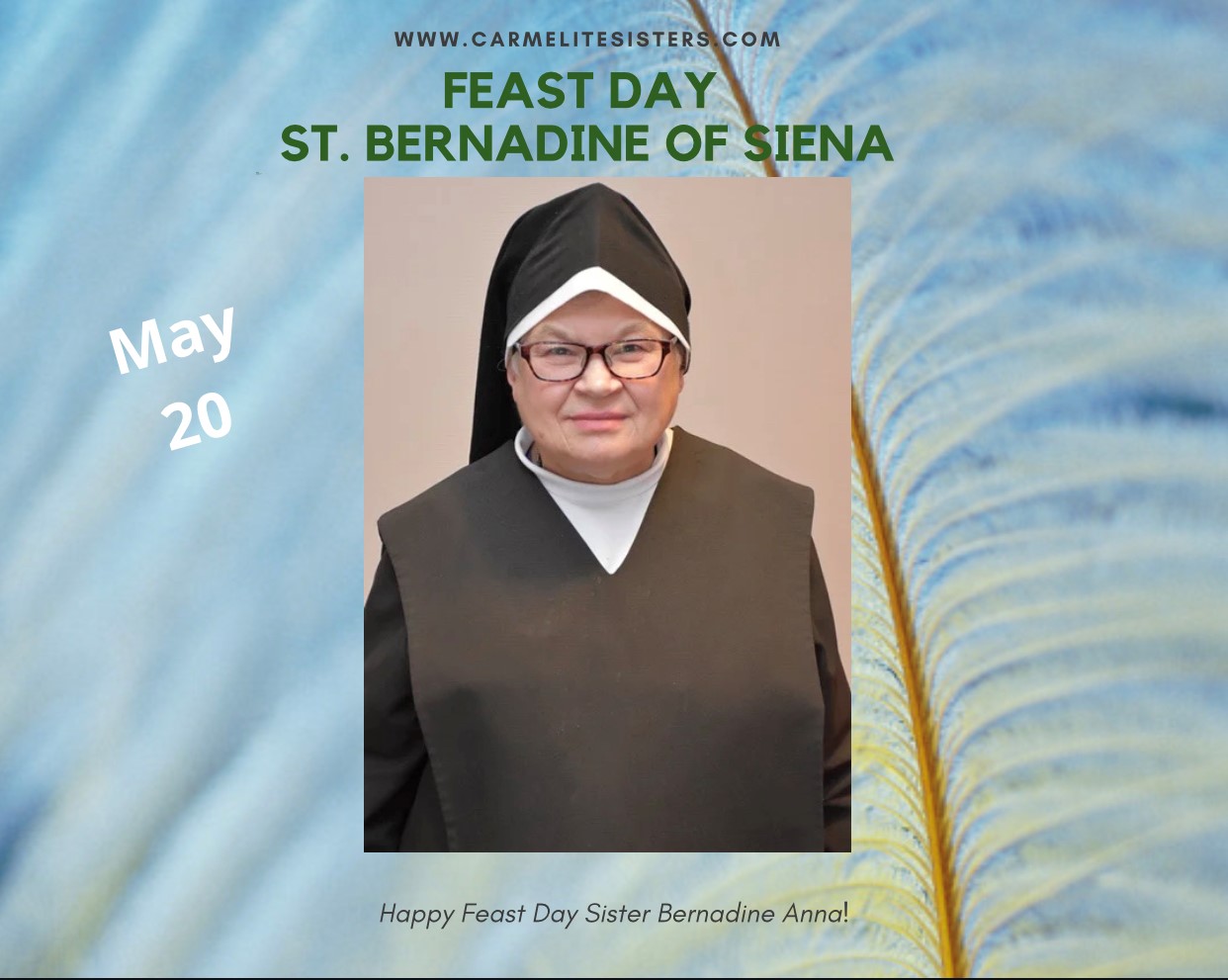 In the year 1400, a young man came to the door of the largest hospital in Siena. A plague was raging through the city so horrible that as many as twenty people died each day just in the hospital alone. And many of the people who died were those who were needed to tend the ill. It was a desperate situation -- more and more people were falling ill and fewer and fewer people were there to help them. The twenty-year-old man who stood there had not come because he was ill but because he wanted to help. And he brought not new patients but young men like himself willing to tend the dying. For four months Bernardine and his companions worked day and night not only to comfort the patients but to organize and clean the hospital. Only at the end of the plague did Bernardine himself fall ill -- of exhaustion.

But that was Bernardine's way -- whatever he did, he put his whole self into it. Immediately after he recovered he was back caring for the sick -- but this time, he was responsible not for a whole hospital but one person -- an invalid aunt. Yet for fourteen months she got his full attention. Throughout his life, he put as much energy into caring for one person as for hundreds, as much commitment into converting one citizen as to preaching to a whole city. After his aunt died, Bernardine started to think about where his life should be going. The son of a noble family, he had been orphaned at seven and raised by an aunt. We are told as a young person that he hated indecent talk so much that he would blush when he heard it. Even his schoolmates hesitated to make him so uncomfortable but apparently one adult citizen thought it would be a great joke to needle Bernardine. In a public marketplace he stopped Bernardine and started to talk to him in a shameful way. But if he had thought to get away with his cruel trick, he was surprised when Bernardine slapped him in the face. The man slunk away, shamed in front of the very crowd he'd been trying to impress. Bernardine, who had come to Siena to study, threw himself into prayer and fasting to discover what God wanted him to do. One might have expected him to continue his work with the sick but in 1403 he joined the Franciscans and in 1404 he was ordained a priest. The Franciscans were known as missionary preachers, but Bernardine did very little preaching with because of a voice that was weak and hoarse. For twelve years he remained in the background, his energies going to prayer or to his own spiritual conversion and preparation.

At the end of that time, he went to Milan on a mission. When he got up to preach his voice was strong and commanding and his words so convincing that the crowd would not let him leave unless he promised to come back. Thus began the missionary life of the one whom Pope Pius II called a second Paul. As usual, Bernardine through his whole self, body and soul, into his new career. He crisscrossed Italy on foot, preaching for hours at a time, several times a day. We are told he preached on punishment for sin as well as reward for virtue but focusing in the end on the mercy of Jesus and the love of Mary. His special devotion was to the Holy Name of Jesus. Some who were jealous denounced him to the pope by saying he preached superstition. Silenced for a short while, Bernardine was soon cleared and back to preaching. Bernardine refused several cities that wanted him as bishop but he was unable to avoid being named vicar general of his order. All his energy during that period went to renewing the original spirit of the order. Soon, however, Bernardine heard the call to go back to preaching which consumed his last days. As a matter of fact, even when it was clear he was dying, he preached fifty consecutive days. He died in 1444 when he was almost 64 years old.

back to the top

Copyright © Carmelite Sisters for the Aged and Infirm. 2021.

developed and managed by Web2Creative